Amsterdam’s Uitmarkt is an annual festival which marks the start of the cultural season in Amsterdam. This year the festival ran from 29-31 August, and we stumbled across it purely by chance while exploring the city just days after arriving.

The event, which filled the grounds at Museumplein, was an eruption of culture, with hundreds ofmusical and theatre performances taking place, vendors selling their wares, fun activities for families, food and drink stations, and even a skateboarding competition.

Fortunately for me, I had my camera on me and was able to capture some of the excitement! 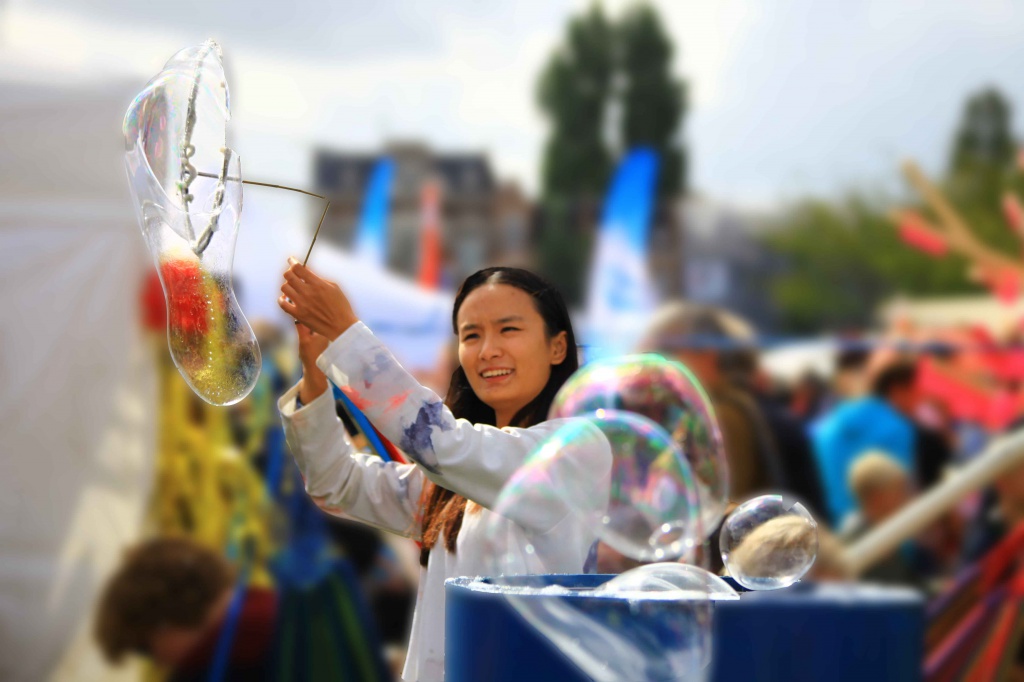 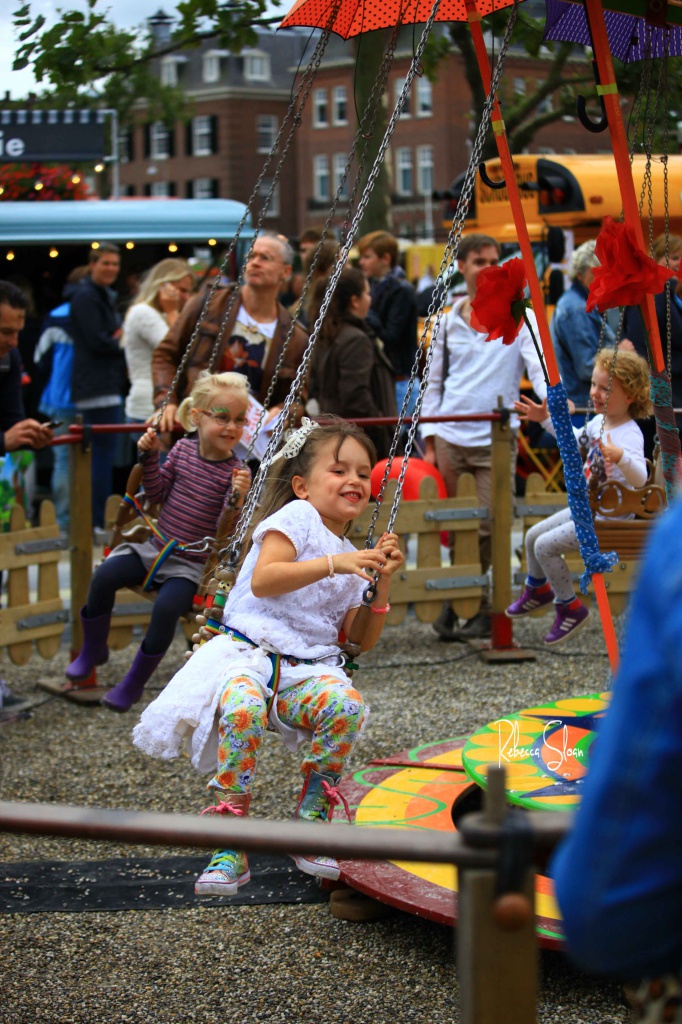 The kids had a blast on this swings ride. Moments later, they took turns giving out “high fives” to the crowd as they swung past.

A man watches as children enjoy the swings at Uitmarkt.

We bumped into this little chap a few times during the festival. He was a sweet dog and I couldn’t resist taking his picture! 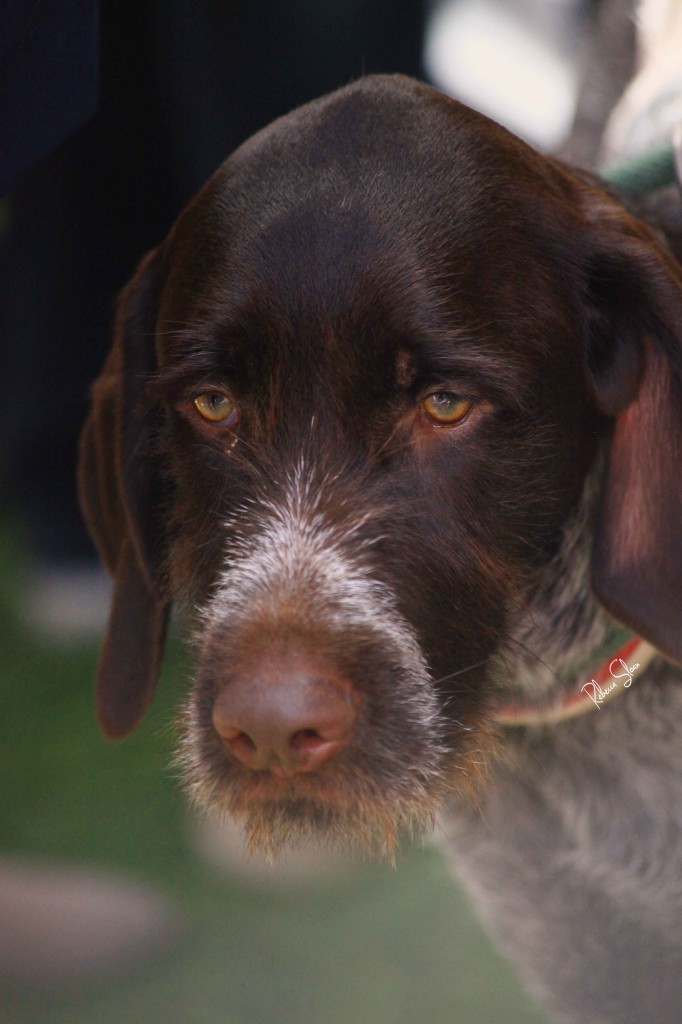 Just look at those lovely hazel eyes and that handsome face! 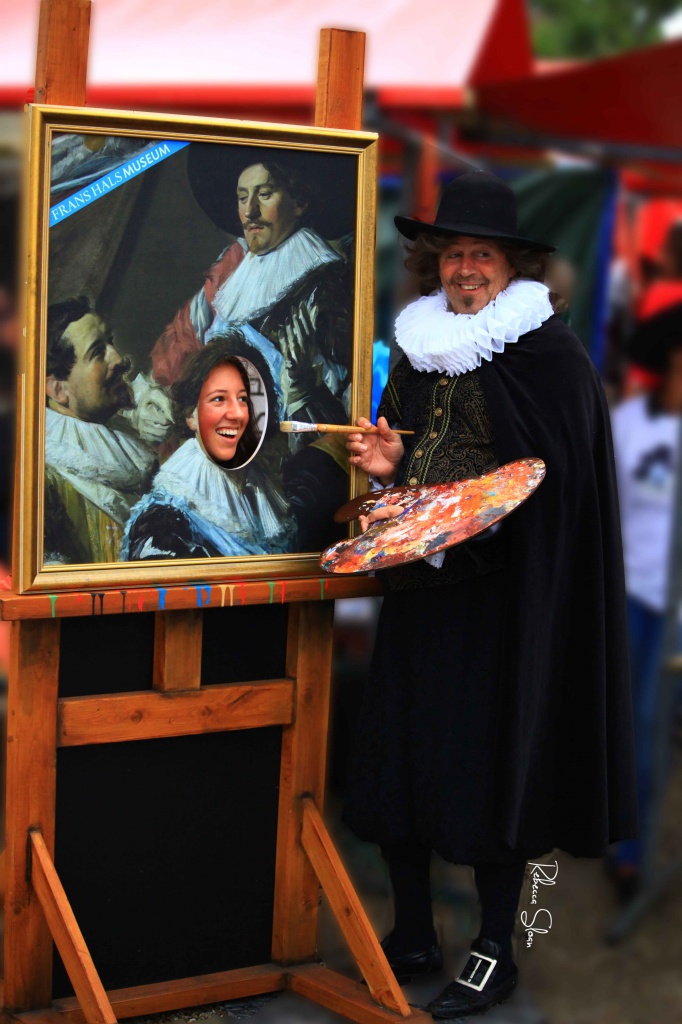 One of the greats painting a new masterpiece at Uitmarkt!

There were a number of stages set up at the festival with various artists taking turns to perform to the crowds. We wandered aimlessly from market vendor to outdoor stage, noting as we passed that one Dutch play seemed to depict (quite loudly) the birth of a child on stage (fortunately, it wasn’t a real birth, just a staged one, although we’re still not sure what the play was about).  Needless to say, it was a little confusing seeing as we didn’t understand the play’s dialogue, and so we quickly moved on to other activities.

Shortly thereafter, we walked past another stage where the band was singing some really catchy songs about our environment. Unfortunately, I didn’t catch their name, but we did grab a beer from the beer tent and stuck around to watch their performance. 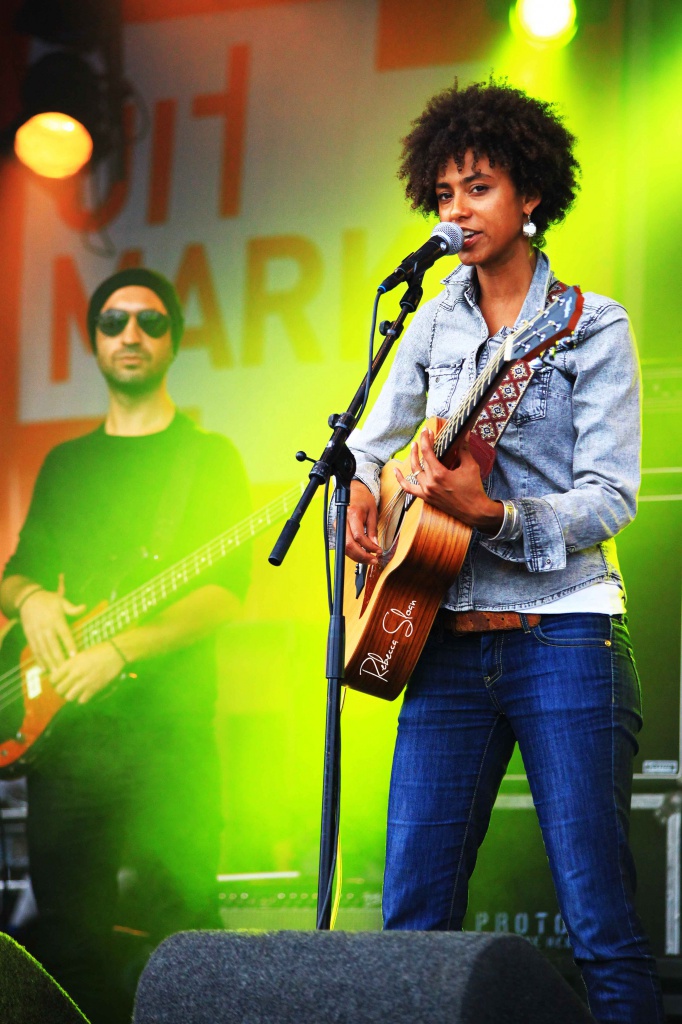 Rockin’ out at Uitmarkt! This singer had some catchy songs and powerful lyrics about the state of our environment. 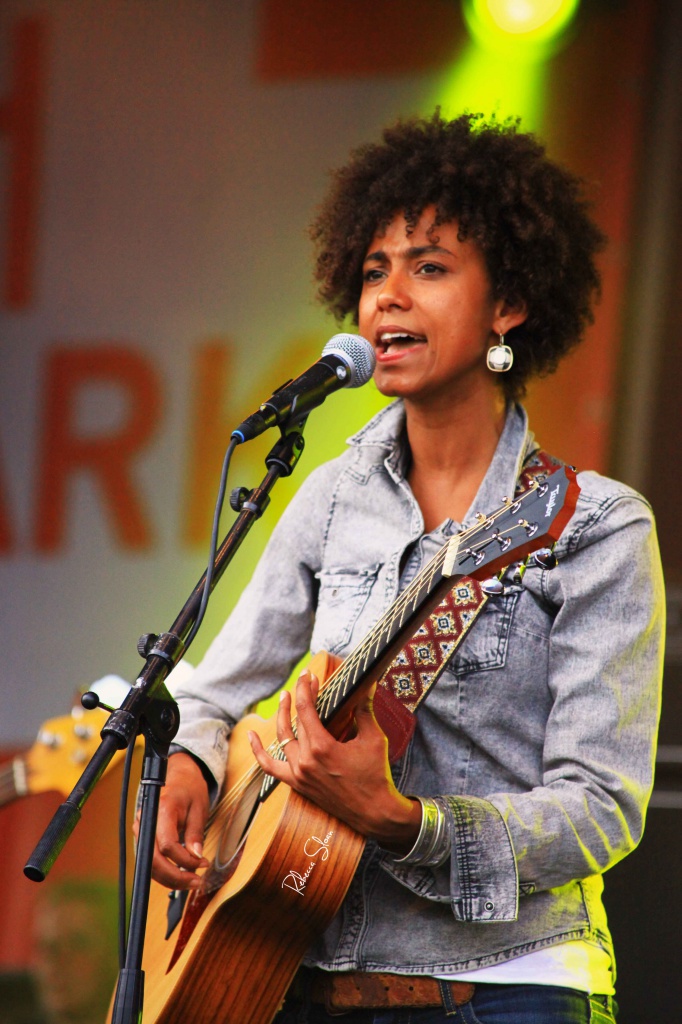 This singer had the crowd dancing to her songs!

To celebrate the musical “Billy Elliot” coming into town, one vendor asked children to “audition” for a part in the show.  This little Dutch girl walked confidently onto stage and sang – in English and acapella – a song about how being small doesn’t mean you don’t deserve respect and to be listened too.  I loved her performance – it was filled with passion, expression, and an important message which she told exceptionally well.  Bravo! 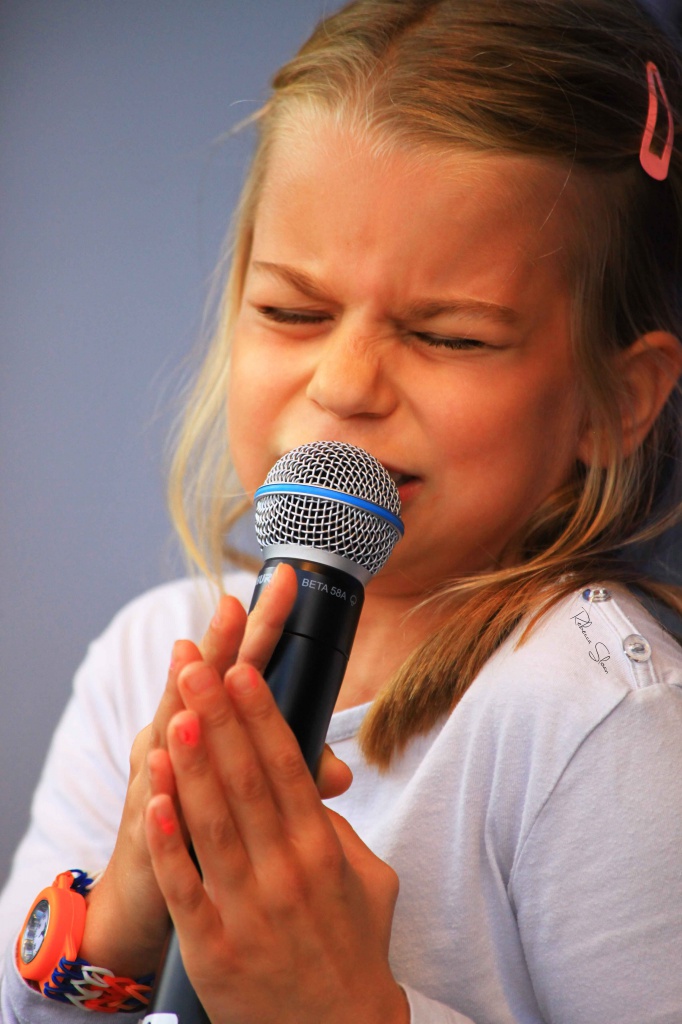 This little girl sang with gusto! 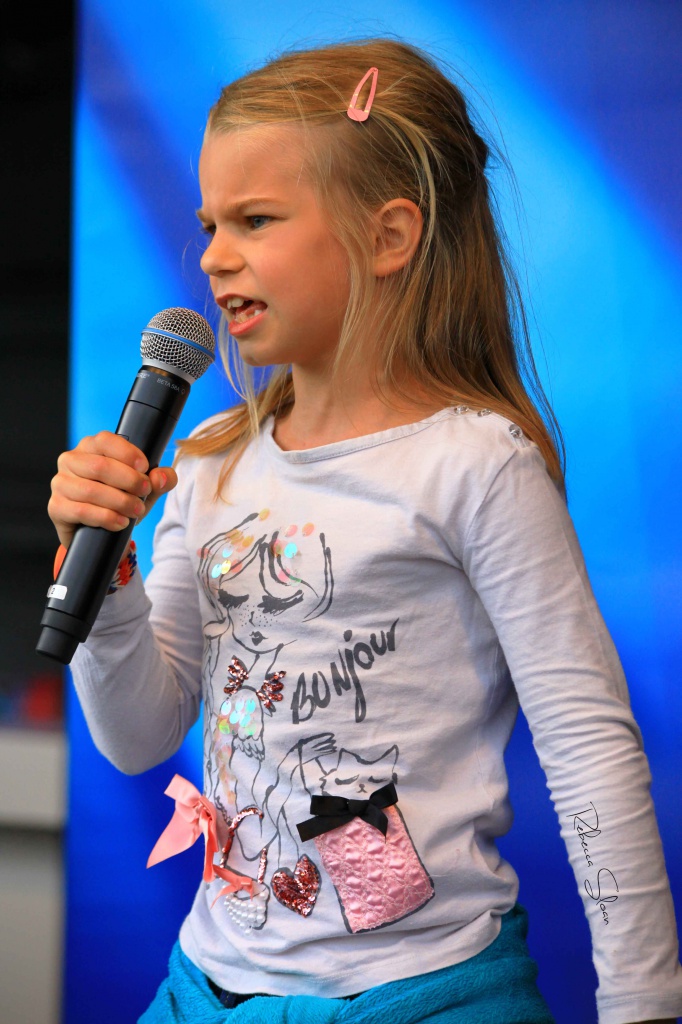 This girl sang her heart out at an impromptu talent competition at Uitmarkt.

The skateboard competition had a huge turnout and there was somewhere in the region of 30 participants (of both sexes, although I only saw one female skater sail past me while we were watching) between the ages of about 8 and 30 taking part in the competition. It was a great opportunity to try and capture some action shots! 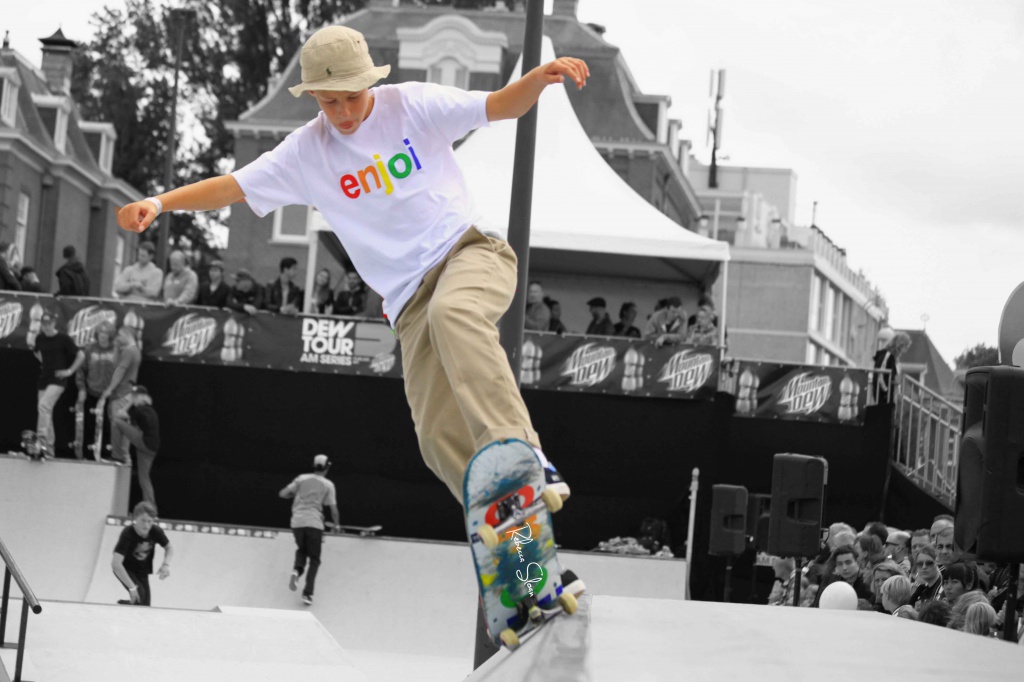 A skateboarder does at trick at Amsterdam’s Uitmarkt, 2014 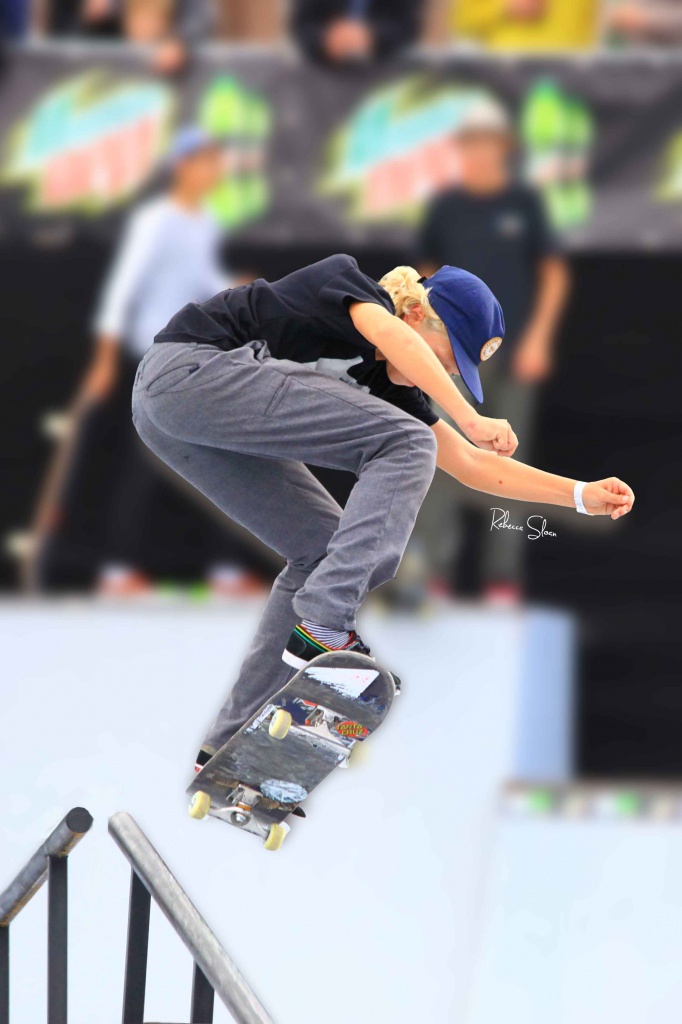 I love this photo because it almost looks like the boarder is flying.

Not far from the skateboarding competition, a group of musicians had gathered to perform. We wandered over as a crowd started to form and members of the group started handing out kazoos! Needless to say, this was the first time I’d seen a kazoo in many years (and in all honesty I had to be taught which side to use the thing), so I wasn’t exactly sure what to expect next.  We only had to wait a minute though before our collaborative performance began.  Check out my video below to find out what we played! 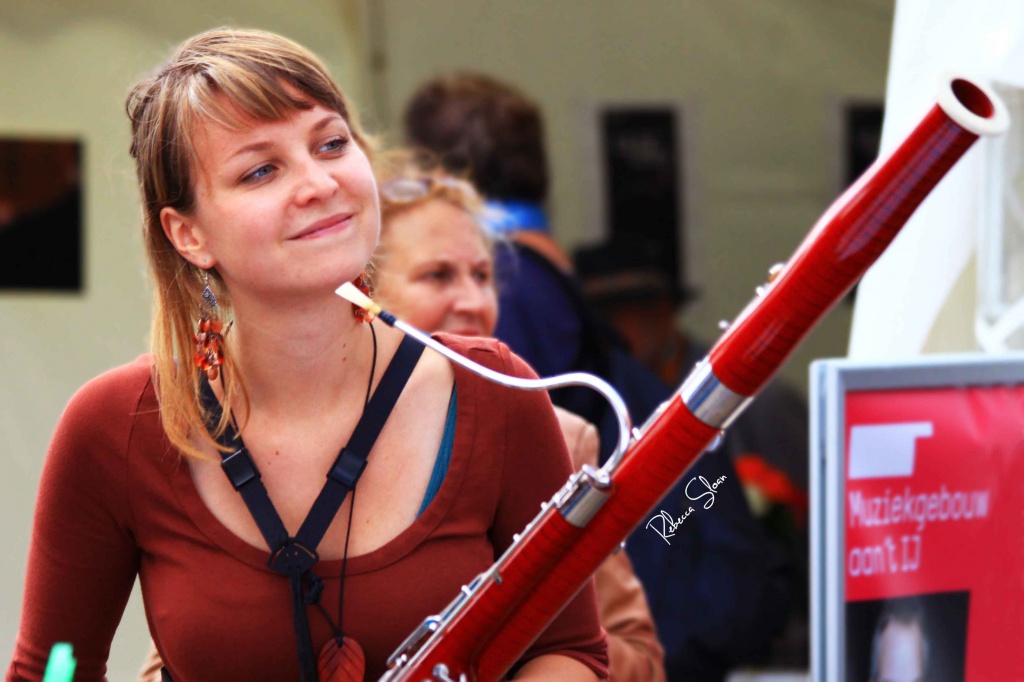