“How do I get on this thing?” I asked, eyeing up the black metal rack on the back of my bike. “Do I just have a seat or should I take a running leap and hope for the best?”

It was New Years’ eve in Amsterdam and my friends and I were trying to work out the best way to get five of us to a party across town on four bikes.

“I’m not sure if it matters” Jerome replied, swinging his leg over my bike and making himself comfortable. “Just try sitting down and we’ll see what happens”. He gripped the handlebars and braced the bike as I positioned myself side-saddle on the bike rack.

Moments later, Jerome pushed off. Our bike swerved sharply to the right, and then the left, as he struggled to balance us at such a slow speed. I yelped and grabbed hold of his waist to stop myself from falling backwards over the bike and into the canal.

Thank God we’d stopped for a drink earlier, I thought squeezing my eyes shut and catching my breath.

Under normal circumstances, an experimental ride on the back of a bike would have seemed tame, but my adrenaline was high from the firework dodging I’d been doing throughout the day.

From as early as 8 am in Amsterdam, I’d heard fireworks explode throughout the city as over-eager residents of all ages took to the streets to test out their wares ahead of the performance at midnight. As the day progressed, so too did the firework displays and by nightfall a constant stream of bangs, booms and fizz-pops, could be heard throughout the city.

The real terrifying moment had occurred just half an hour earlier while Dave, Chris, Rach and I enjoyed a drink while waiting for Jerome on the patio of Coco’s Outback on Rembrandtplein.

BOOOOM! The ground shook, our table trembled and, for a moment, a flash of light filled the sky.

“What the hell was that?” someone shouted as everyone looked around frantically.

“I’m not sure,” I stammered, searching for the words to describe what I had just seen happen only 20 feet from our table. “It was like a firework bomb. It just blew up, it didn’t fly into the sky or anything. It was a ground explosive.”

The explosion was similar to what you see at 6 seconds in this video (minus the secondary explosion a second afterwards).

“That was terrifying!” exclaimed Dave. We clutched at our drinks and knocked back a large mouthful to steady our nerves.

I was shaken from my day dream as Jerome swerved our bike to the right once more.

“Brace yourself” he shouted over his shoulder, “a car’s coming past us and it’s going to be close!” Moments later, the headlights of the car illuminated our bike as the vehicle barreled past us, narrowly missing my knees and almost knocking us into the canal.

We continued down the cobbled streets of the canal ring, following slowly behind Chris, Rach and Dave as they pushed on ahead. The usual bustle of the city was replaced that night by an eerie quiet interrupted intermittently by the sound of fireworks exploding at various points across the city. At times, one would light up directly above us and the sparkle of its light would dance upon the canals and reflect in the windows of the houses nearby.

The landscape around us changed as we cycled further away from the centre of Amsterdam. The quaint 17th century canal houses were slowly replaced with small townhouses and modern office buildings. Eventually we arrived at a modern residential complex containing several high-rise apartments. We parked our bikes at the side of the building and entered the unlocked front entrance door.

“Thank God for an elevator,” Jerome exclaimed as he rubbed his muscles.

“Yeah, I bet you’ll be glad for a drink,” Chris quipped, pressing the call button for the elevator.

Moments later, the elevator arrived and we piled in, only noticing that the space was entirely covered in ply board as the doors shut behind us.

“I bet that’s there to cover up the blood from the murders” Chris said mischievously.  “If you peel back the boards you’ll find the bodies”. We chuckled at the notion but exchanged shifty glances and were eager to pile out when the elevator doors reopened.

“Here it is” Chris called to us as he knocked on the door of our hosts’ apartment. Moments passed without an answer.

“Are you sure we’re in the right place?” Rach asked. “Here, why not try the doorbell?”

Moments later, the door swung open and music flooded the hallway. Our host, Machiel, stood in the doorway with a giant grin on his face. “Come in! Let me take your coats! The party’s through there, follow the music.” 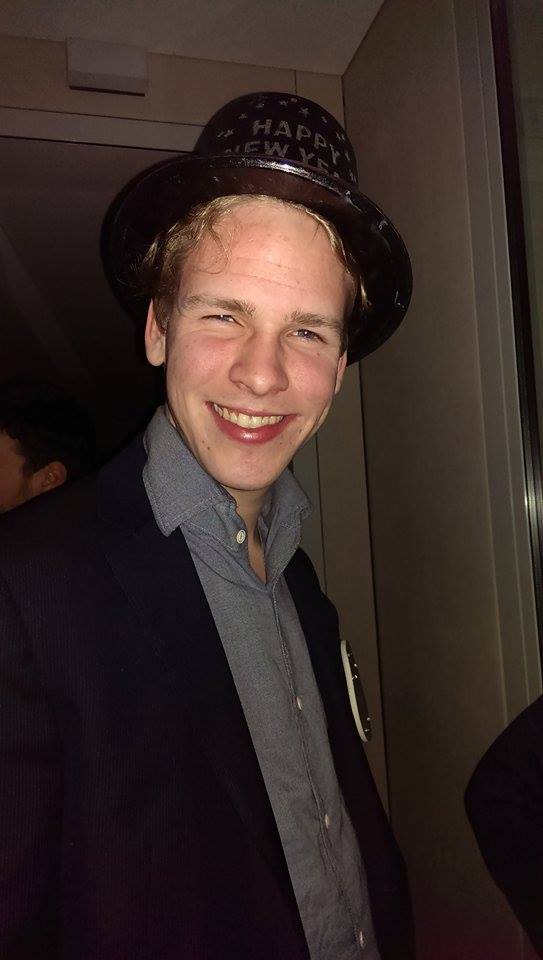 We wandered into the living-room and found ourselves looking out across the city through large windows which provided a 150° panoramic view over Amsterdam.

“This is incredible!” I breathed, my eyes wide. Miles of Amsterdam spread out in front of us, and several small firework disokays could be seen lighting up the night sky at various points throughout the city.

“Would you like a drink?” a pretty blond woman with a Dutch accent asked as she appeared by my side.

The next few hours passed quickly in a drink-filled blur as we made new friends at the party, all of whom were Dutch but happy to chat in English with our group of British, French and Canadian expats. 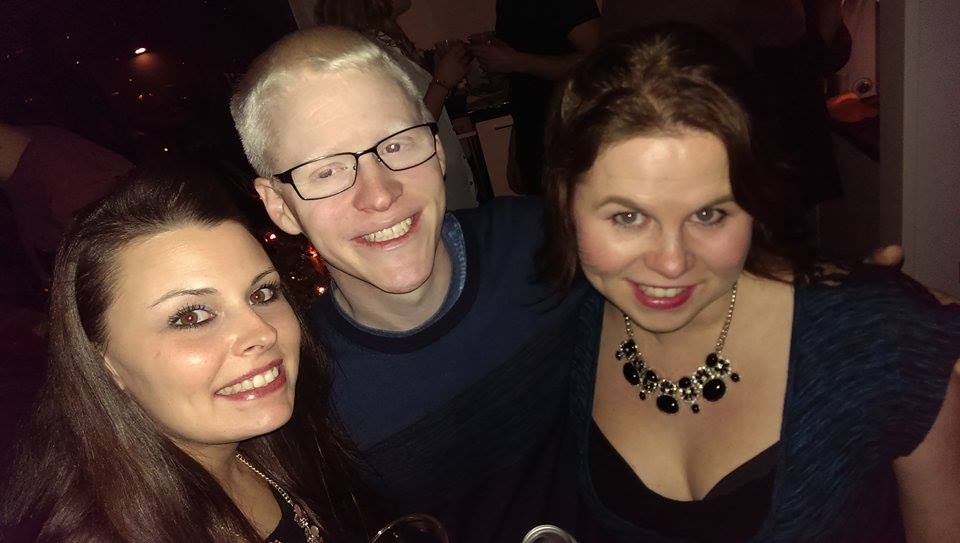 Rach, Dave and me smile for the camera. 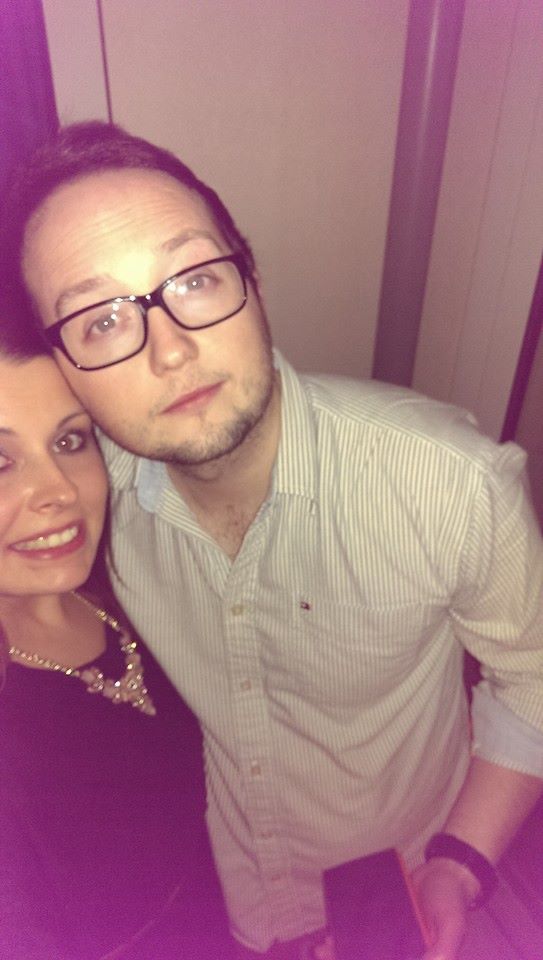 Chris and Rach having a cuddle at the party. 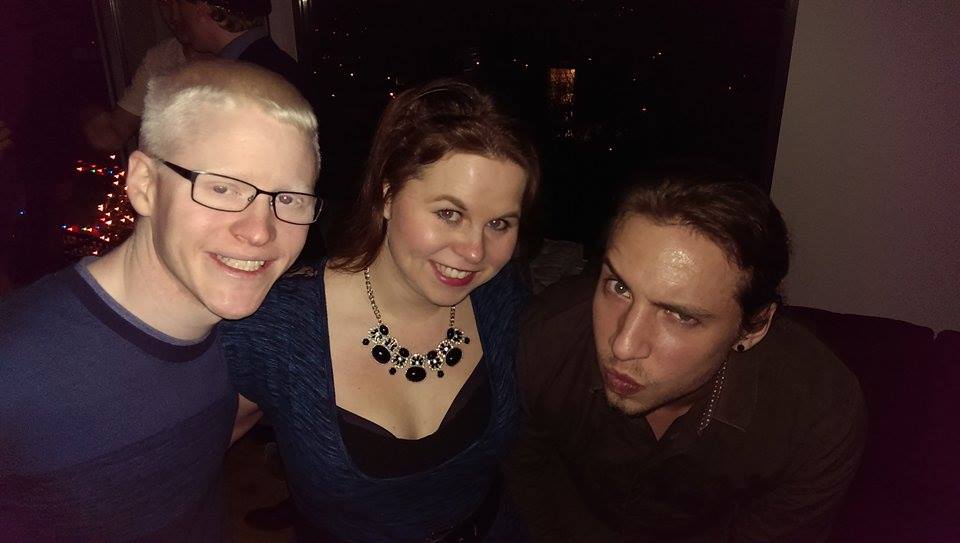 Dave, me and Jerome pose for a picture before the clock strikes 12! 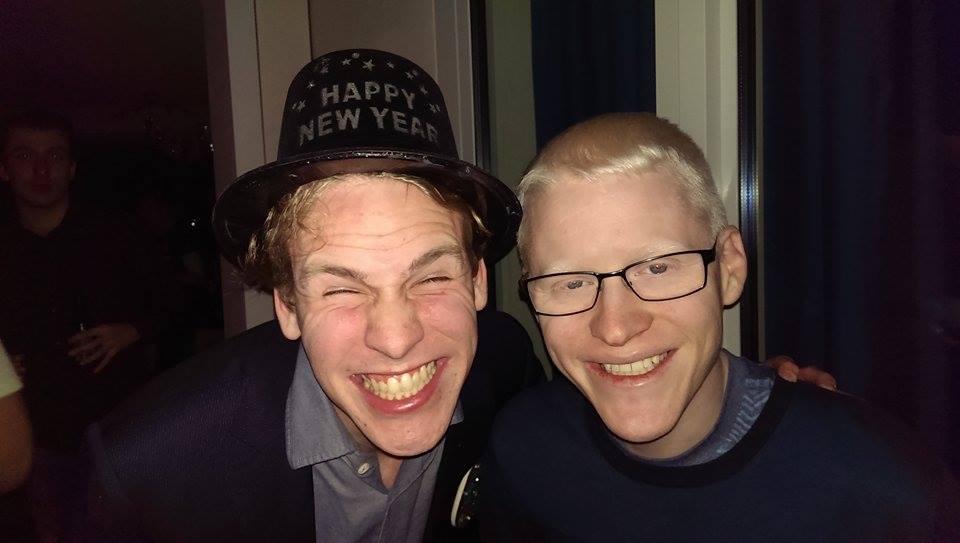 Machiel and Dave smile for the camera! 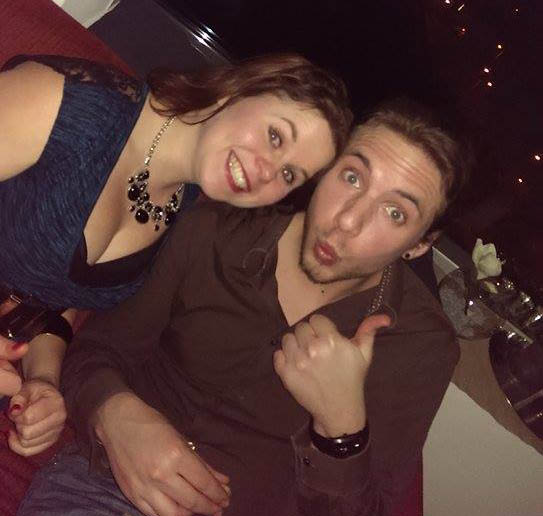 Thumbs up for New Years Eve!

Midnight approached quickly and the group gathered in the living room to chant down the last ten seconds of 2014: “Ten. Nine. Eight. Seven. Six. Five. Four. Three. Two. One. Happy New Year!” A giant roar of celebration erupted, as people cheered, embraced partners and hugged friends to celebrate the first few moments of 2015.

The sound of firework explosions filled the room and the group turned towards the light show outside the window. The skyline had erupted in colour and we had a front row seat as Amsterdam lit up.

A quick clip of the fireworks caught from my phone. The show went strong for close to an hour and fireworks continued into the early hours of the morning.

“Wow,” I said, counting over 60 displays from the window. “Firework will never be the same”.

“I’ll drink to that”, a tall Dutchman replied, handing me a glass of bubbly.

“Cheers!” We clinked our glasses, sipped our drinks and turned back to the extraordinary view. It was the perfect start to a brand new year.