I have always dreamed about diving into the ocean and exploring a coral reef -to get close to sea creatures and glimpse into their world.  So when I got the chance to swim with the turtles in Barbados, I jumped at the chance.

Dave and I climbed on to the well-loved, two-storey catamaran of a local man, Roddy, and took a seat. Excitement and anticipation laced the air as the boat, which had seen its fair share of adventure, chugged through the water at a respectable pace. 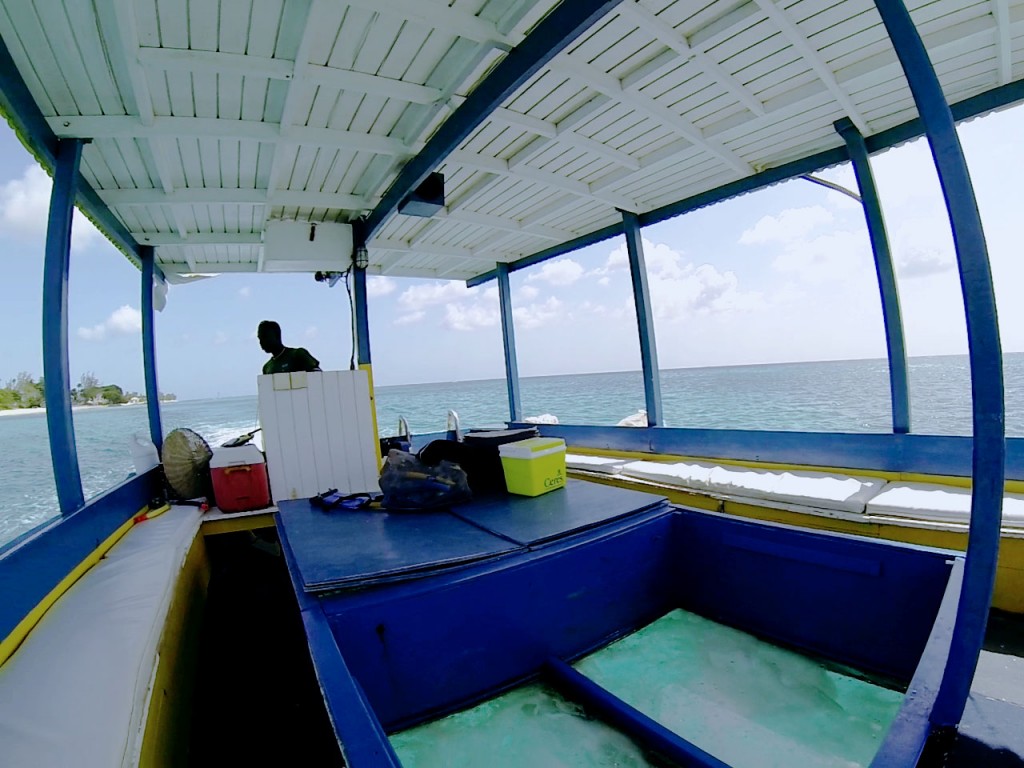 The view of our catamaran, complete with glass floor

A warm breeze blew through our hair as we sipped rum punch from a plastic cup.  It tasted sweet, exotic and intoxicating. Soft music from our guide’s radio and the hum of the boat’s motor filled the air as we sailed along the coast. The ocean bubbled and frothed under the boat.  Glass windows in the floor let us peer towards the ocean’s bottom and admire the white froth of the ocean. 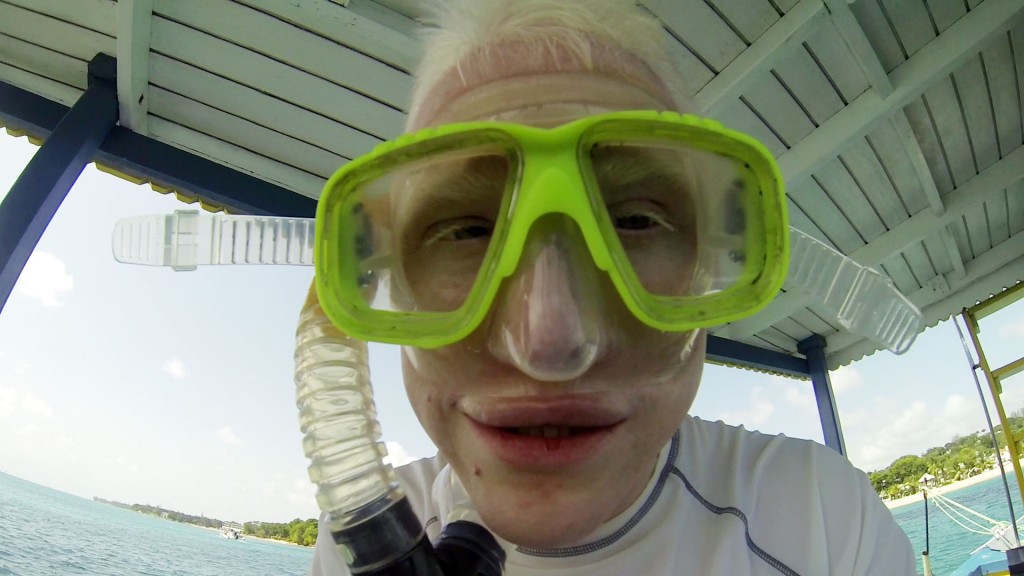 It wasn’t long until we arrived at our destination; a patch of crisp blue water, about 20 feet deep, which would have been indistinguishable if it weren’t for another catamaran anchored nearby and a small group of snorkelers climbing back into their boat.

Our catamaran slowed to a stop and the captain dropped anchor. Moments later, Dave, Roddy and I, accompanied by two older ladies who had joined us from a separate port, put on our snorkel gear and lowered ourselves into the warm Atlantic ocean water. 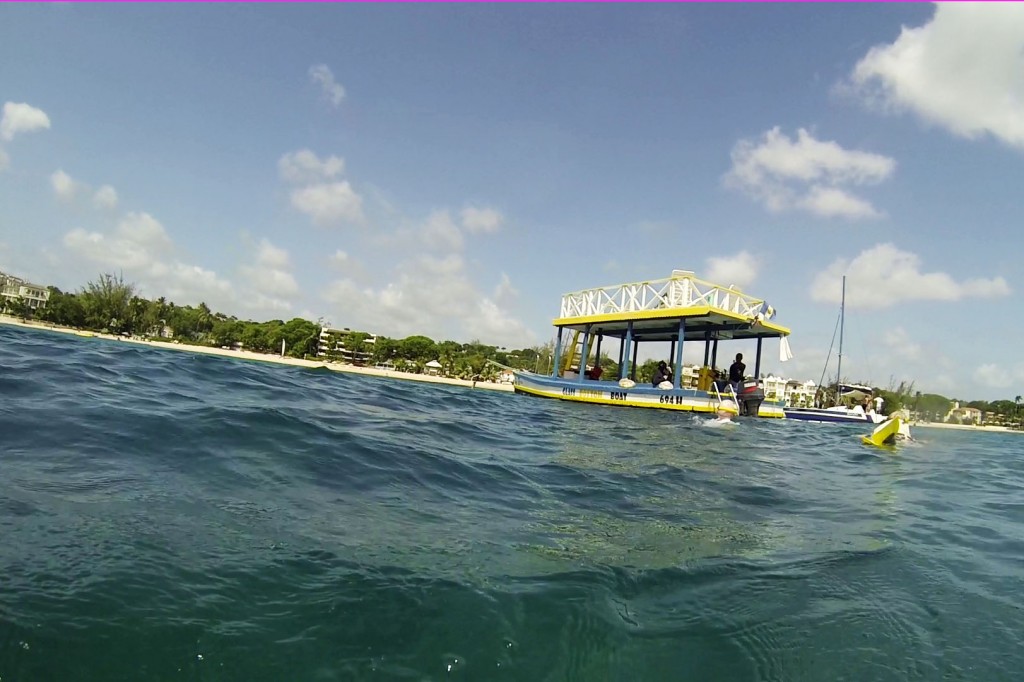 Our catamaran anchored off the coast of Barbados

Our small group spent a few minutes treading water and adjusting our equipment, while Roddy swam towards where the other boat had been anchored just moments before.  Moments later, Roddy had disappeared into the blue abyss.

After a few minutes, Roddy swam back into view, followed closely by three large sea turtles. 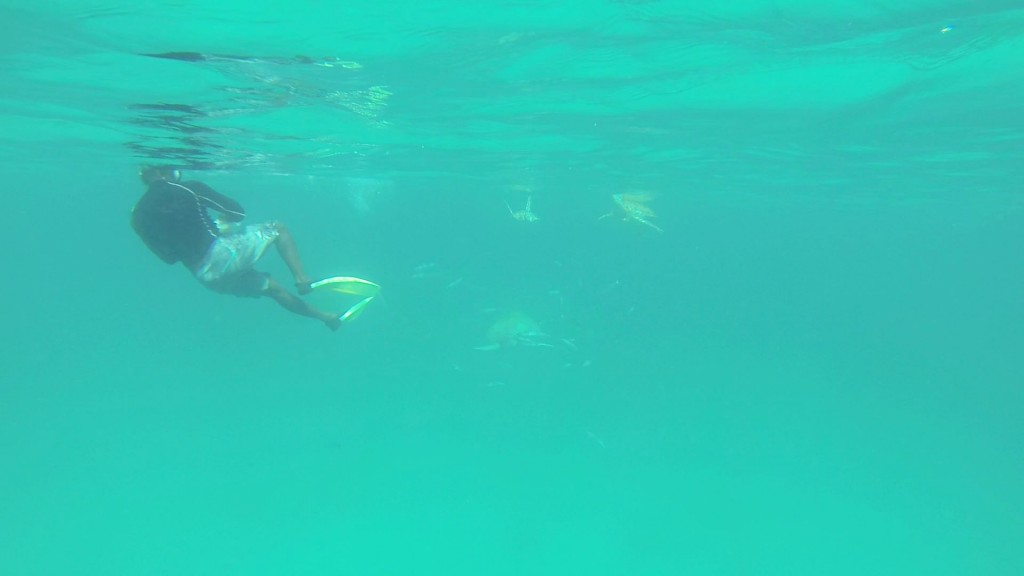 Roddy returned to the boat, followed by three large sea turtles. More were to follow.

What would follow was unlike anything I’ve ever experienced before. 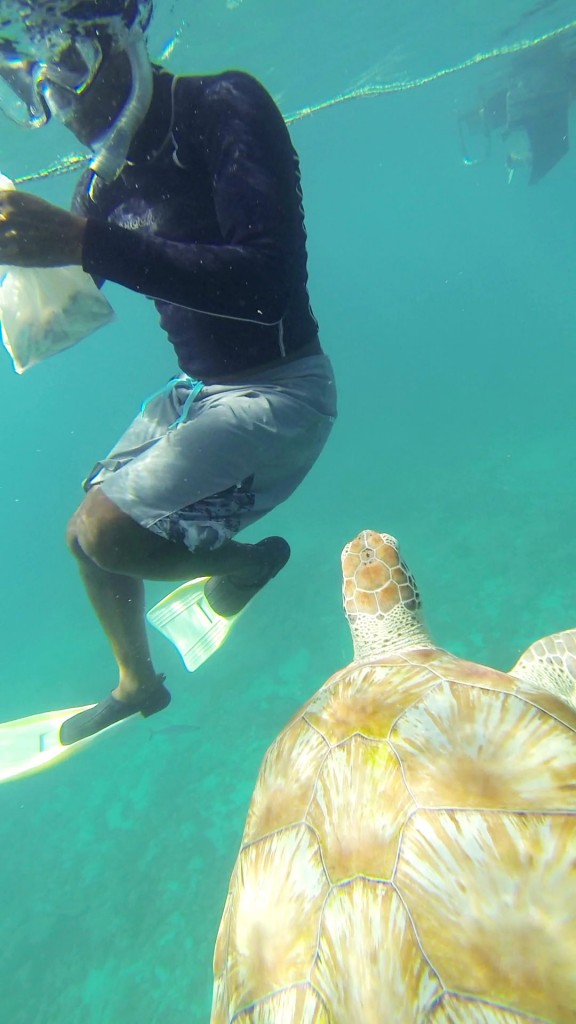 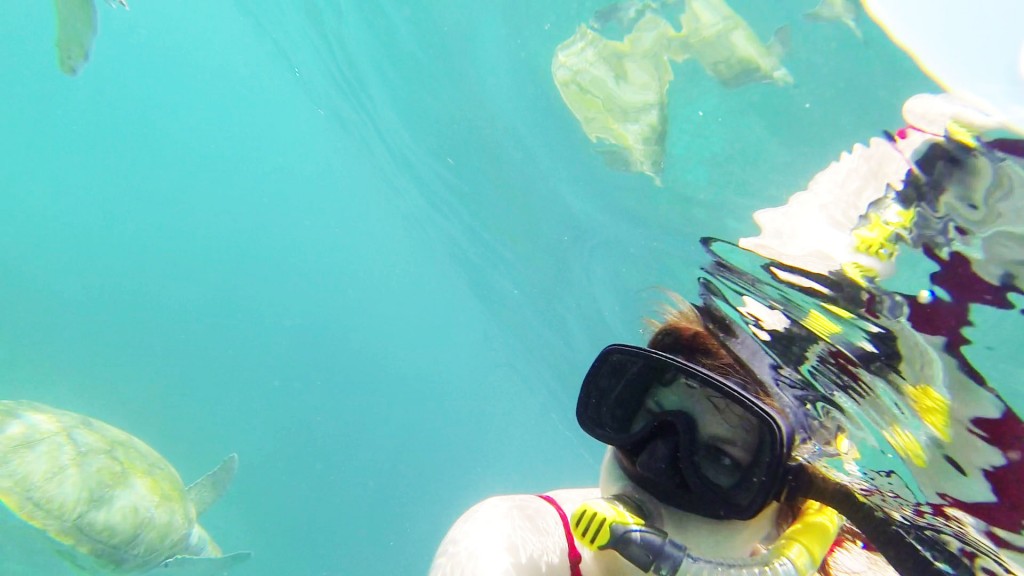 Here I am swimming with sea turtles! 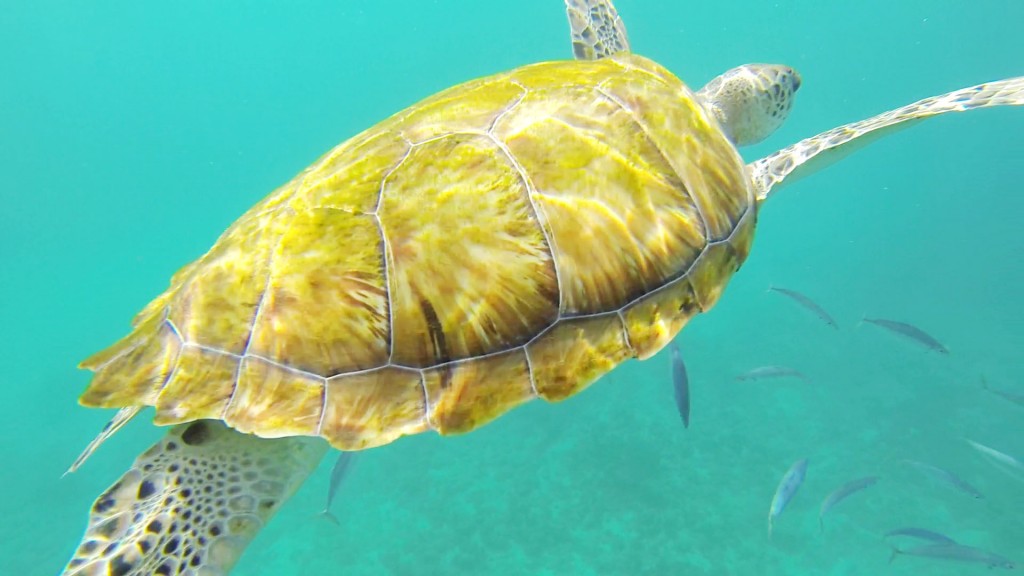 A wild sea turtle off the coast of Barbados 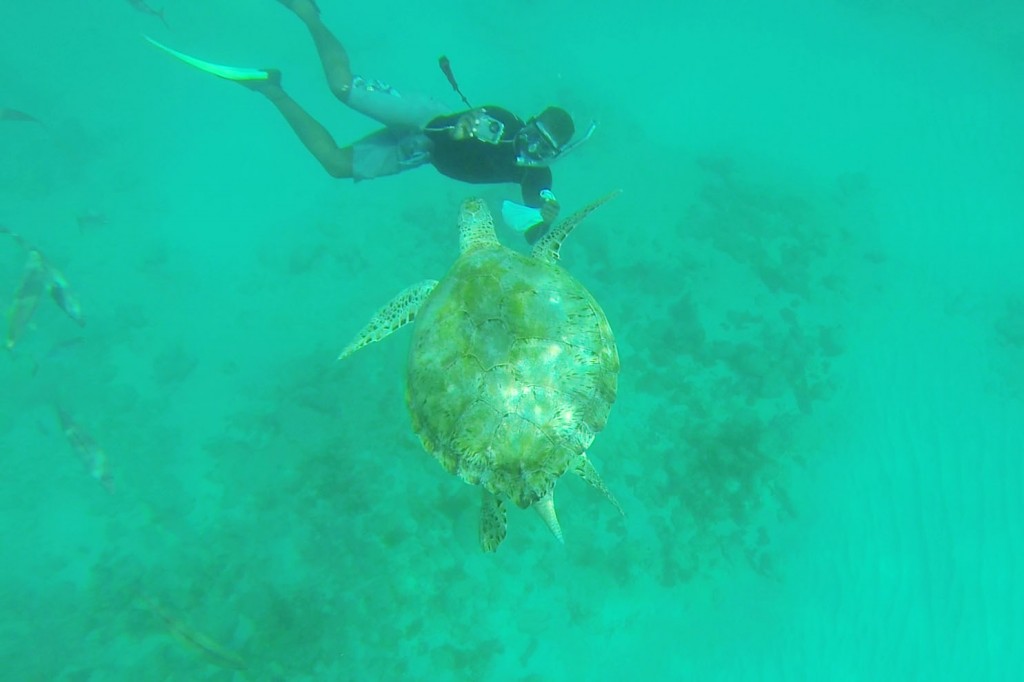 Look at the size of that turtle! 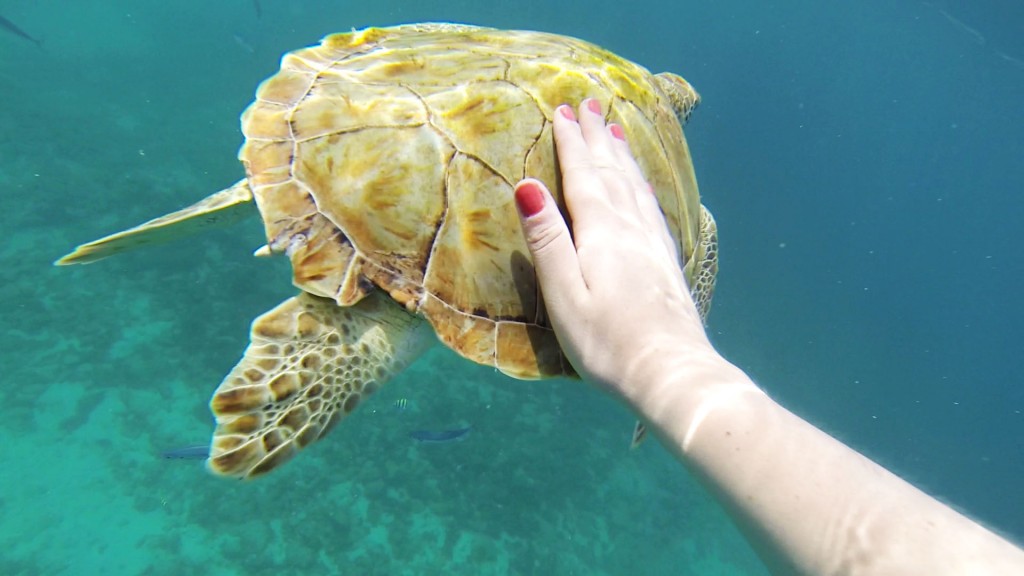 The turtles were curious and gentle. They swam close enough to touch them!

Swimming with the turtles was an incredible experience.  Watching them sail through the ocean, so graceful and peaceful, was both calming and humbling.

After our 30 minute visit with turtles, it was time to get back on the catamaran and head to our next stop to explore a sunken ship.

Anticipation gripped me as our boat charged on through the surf.  A sunken ship! Just as I had read and dreamed about as a girl. My imagination drifted to thoughts of pirates, epic battles and daydreams reminiscent of The Pirates of the Caribbean.

Minutes later, the boat slowed to a stop and the anchor was lowered.  We jumped into the water once more and Roddy led us towards the wreck. 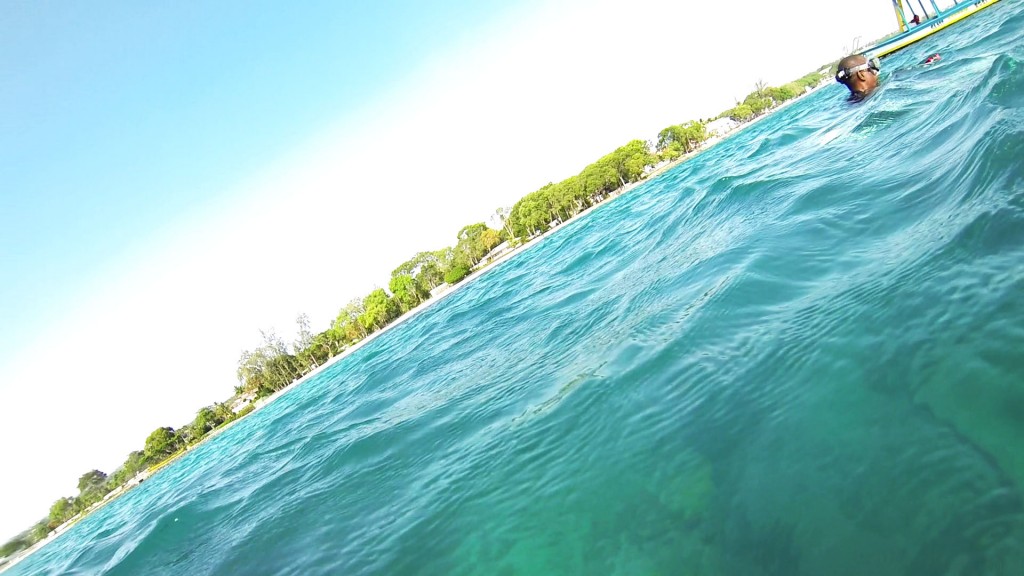 This was the view from where the boat anchored, not far from the coast. 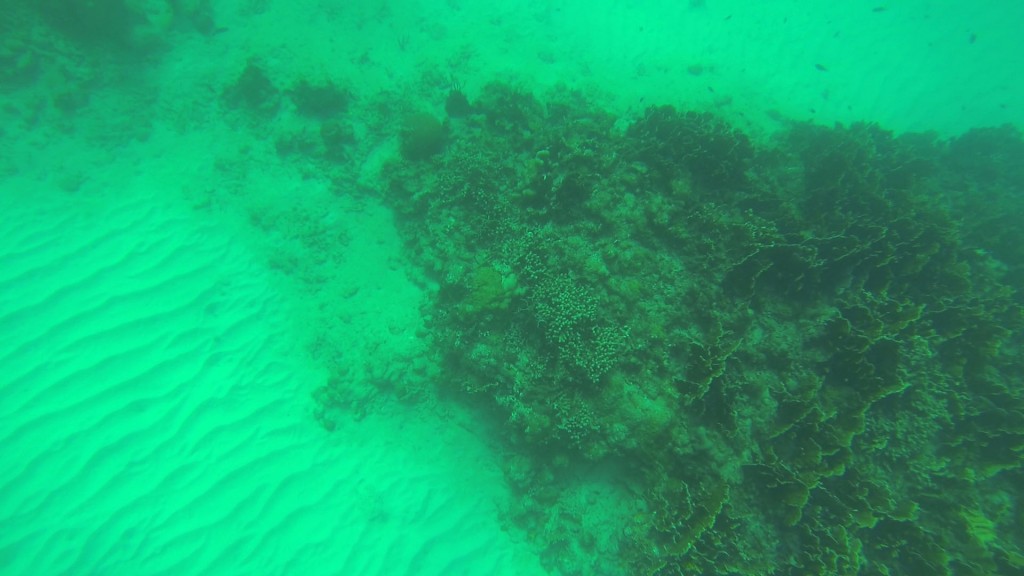 Coral close to the shipwreck.

I was unsure of what to expect as I swam towards the wreck. Gradually, a box-like structure came into view, just 20-odd feet below the waves. It was quickly clear this was not a 100+ year old shipwreck but a more modern vessel. 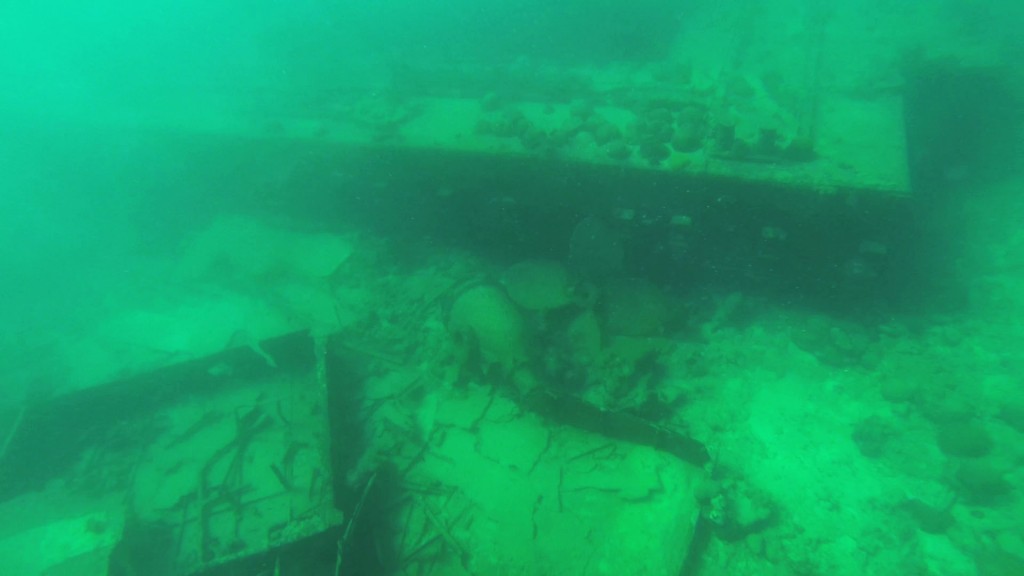 The shipwreck came gradually into sight. 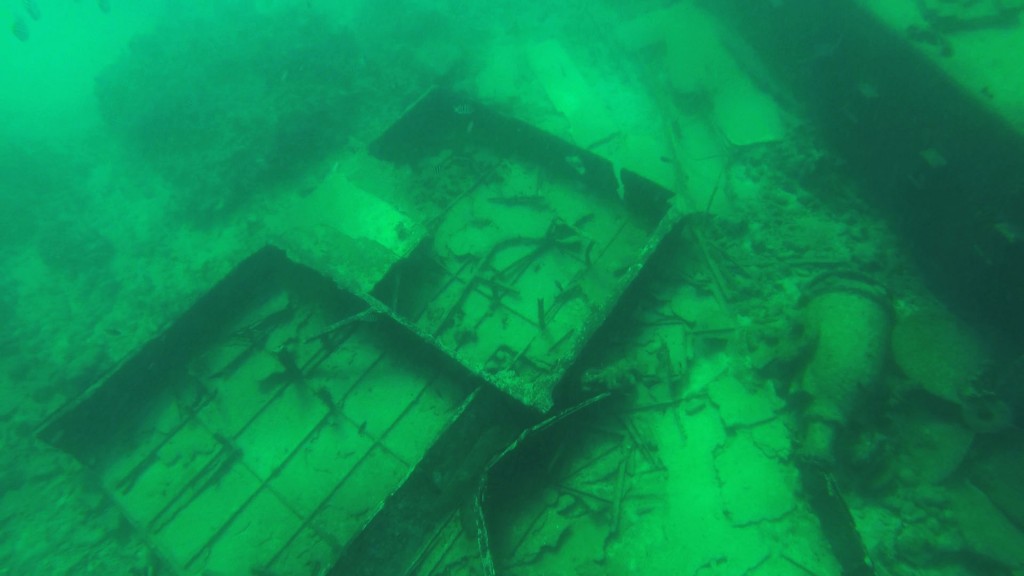 The ship was boxy in shape and appeared to me to have sunk within the last 50 years or so. 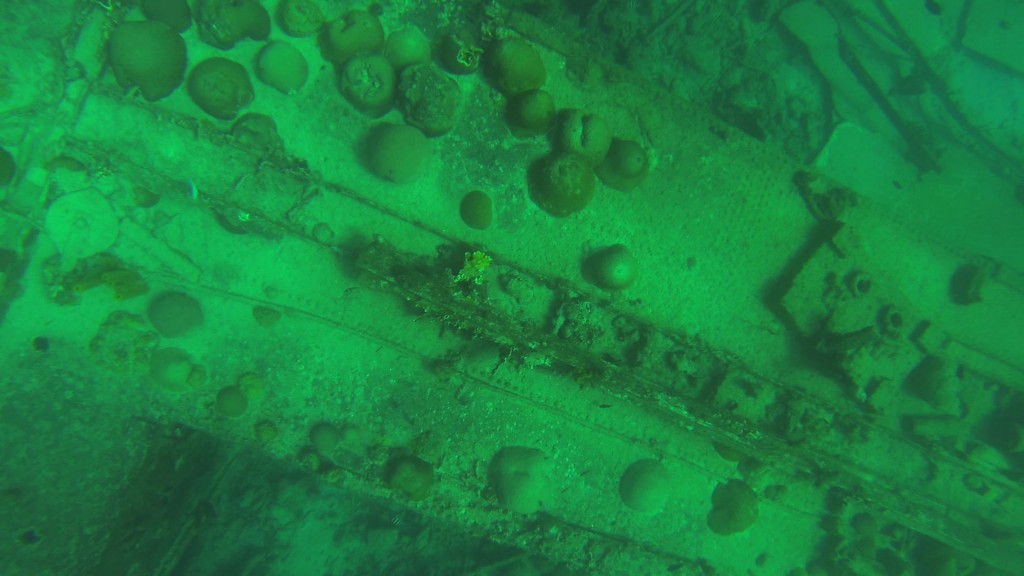 Barnacles grew on the sunken structure. 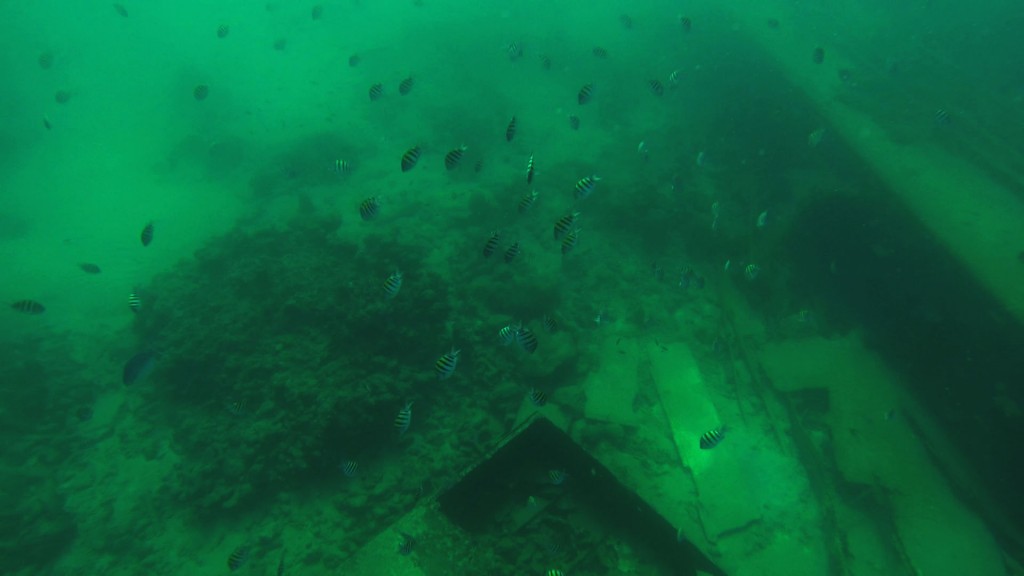 It was great fun to snorkel around the shipwreck and dream about the stories it held. What were the circumstances around this ship’s untimely end? Did everyone make it back to shore safely?

Unanswered questions danced around my head as we returned to the safety of our own vessel. A warm breeze blew, quickly drying our hair and skin.  Dave and I wandered to the top floor of the catamaran and poured ourselves a second glass of that delicious rum punch as we enjoyed the ride back to the safety of the shore, exhilarated by our under-water adventures. 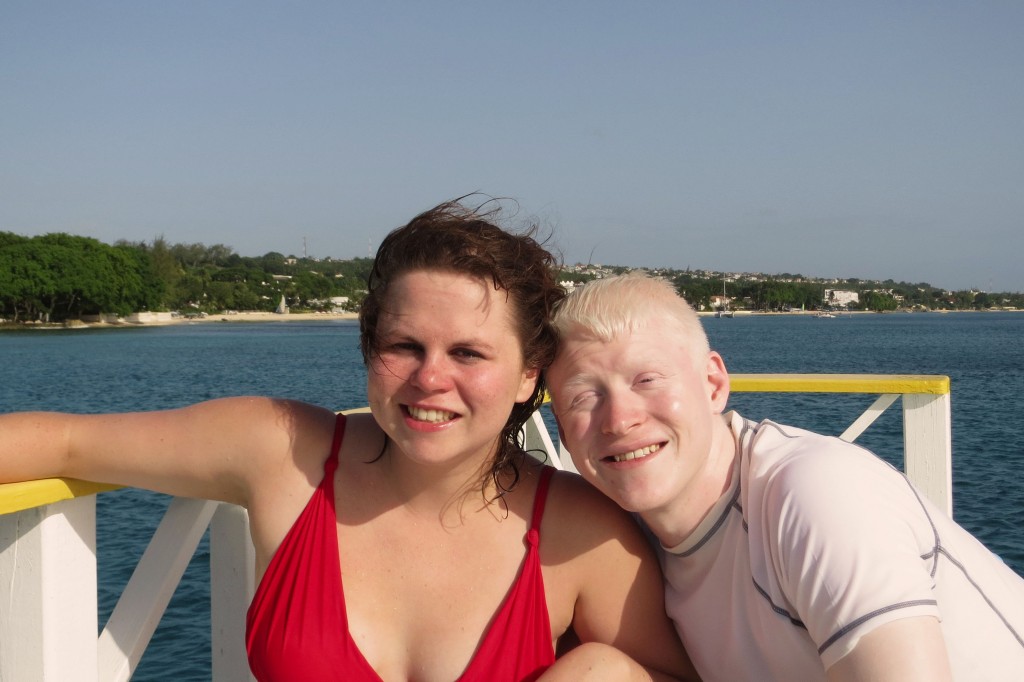 Dave and I enjoying our ride back to shore after our snorkeling adventure.